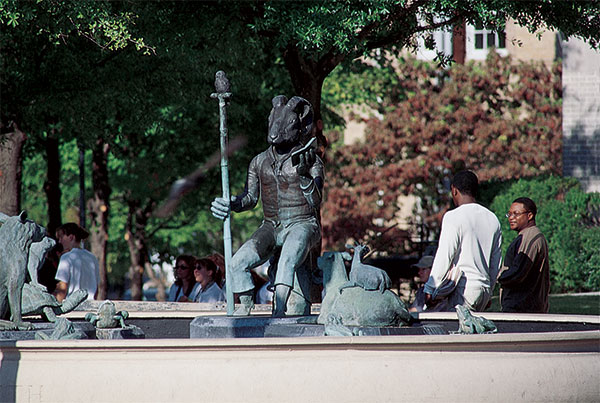 A convergence of five streets sounds like a traffic nightmare, but in Birmingham’s historic Southside neighborhood it is an entertainment district showplace. Five Points South was settled in 1887 and by 1893 had developed into a streetcar subdivision. A public square marks the intersection of the five converging streets, the focus being the 1909 Highlands United Methodist Church and its fountain. The church is joined by a mix of new and old buildings, including sensitively restored structures such as the 1930 Mill Building and the 1926 Spanish Stores. A strong neighborhood organization, the Five Points Alliance (FPA), keeps the square vital and attractive; bustling with activity day and night.