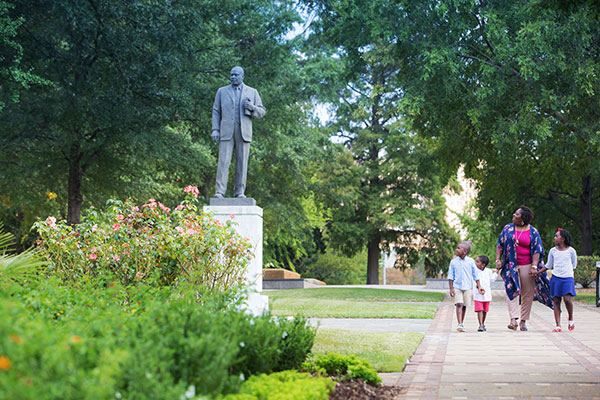 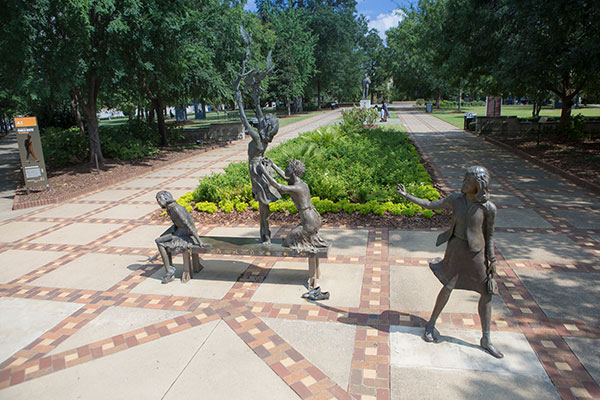 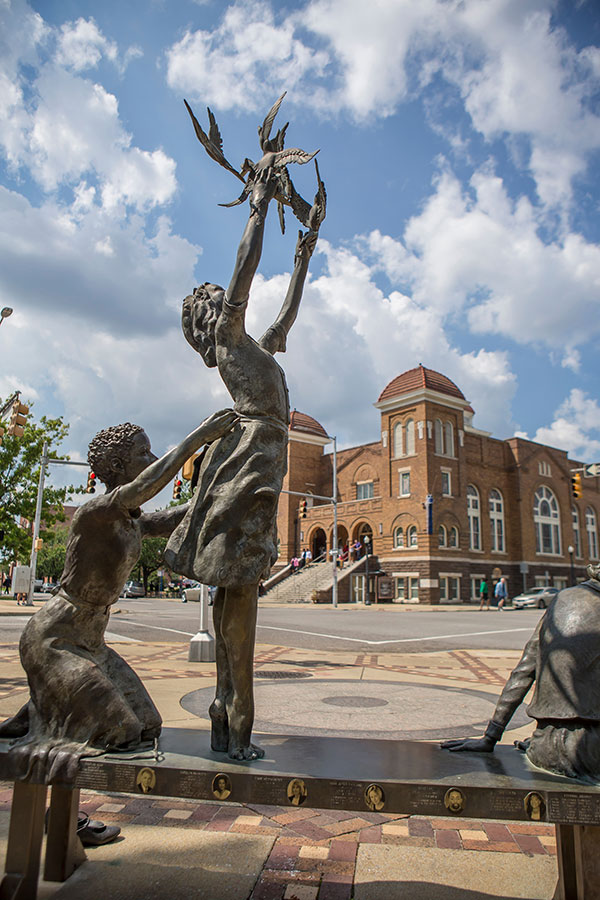 The hallmark of Birmingham’s Kelly Ingram Park is its many sculptures related to the 1960s Civil Rights movement. Statues of Dr. Martin Luther King Jr., Rev. Fred Shuttlesworth and other civil rights heroes, along with three installations that flank a circular “Freedom Walk.” Another sculpture depicts three local civil rights advocates and ministers in prayer. A sculpture called “Four Spirits” was unveiled at the park in 2013 to commemorate the 50th anniversary of the nearby 16th Street Baptist Church bombing. In 1992, the four-acre park was renovated and rededicated to coincide with the opening of the nearby Birmingham Civil Rights Institute. Large demonstrations took place at Kelly Ingram during the struggle for civil rights.