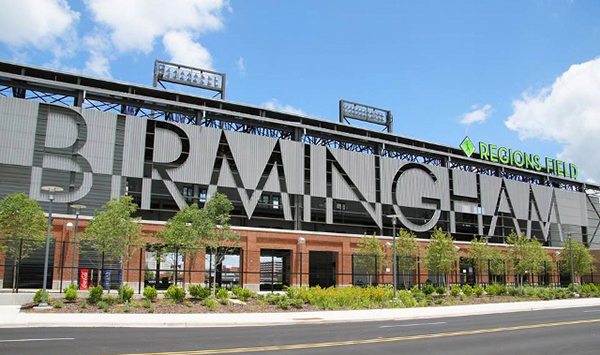 Ballparks are for watching baseball, but at Regions Field in downtown Birmingham there’s plenty more to do. Participate in family fun games, picnic or enjoy the food and drink venues and take pleasure in the park’s other amenities. Home of the Birmingham Barons, Regions Field replaced the Hoover Metropolitan Stadium when it was decided to build a stadium downtown and bring baseball back to Birmingham. The park opened in 2013 and its sleek, modern stadium was a joint venture of HKS Inc. in Dallas, and Hoskins Architecture and GA Studio, both in Birmingham. The ballpark borrows elements from Birmingham’s Sloss Furnaces and Rickwood Field.