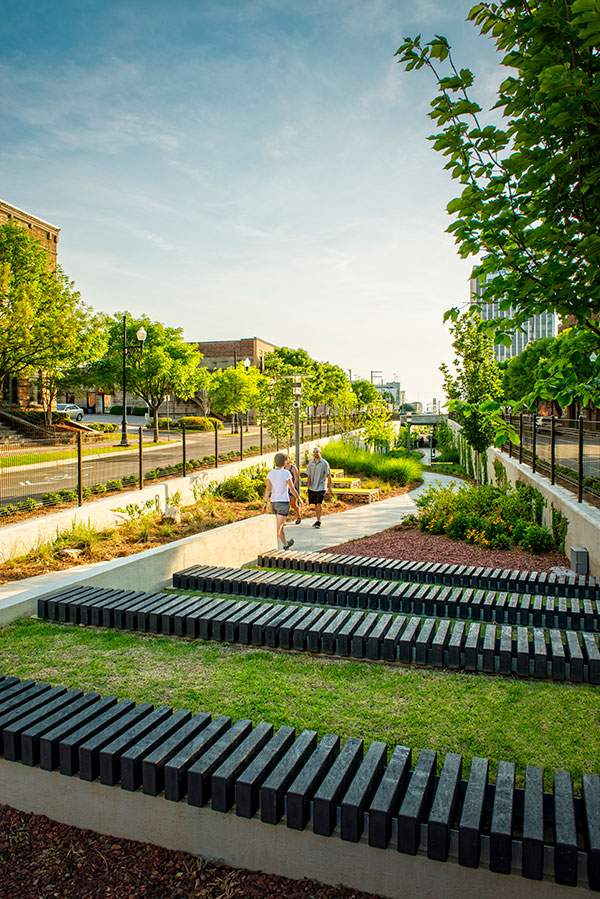 At the entrance of Birmingham’s Rotary Trail is a 46-foot-tall sign that reads: “Rotary Trail in the Magic City,” modeled after the historical “Birmingham the Magic City” sign. Rotary Trail (formerly called Line Park) is a pedestrian greenway constructed in 2014 in the railroad cut at the center of First Avenue between 20th and 24th Street South. The half-mile trail links two popular Birmingham attractions, Rail Road Park and Sloss Furnaces Historic Landmark. The trail is part of the expanding Red Rock Trail System that connects major destinations throughout the region including Red Mountain Park. The name comes from the city’s rotary club, one of the largest rotary clubs in the world.