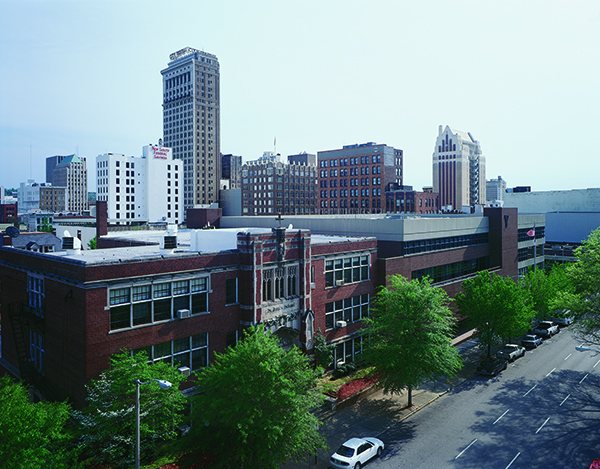 Several neo-Gothic landmarks adjoin the modernist Birmingham Downtown YMCA designed by KPS Group, who approached the design by presenting a modern face to the street in contrast to the historic facades of the nearby architecture. The center was built in 1984 using reflective glass block, concrete and brick. The glass block subtly mirrors the older surrounding buildings. The building represents a turning point in the history of the Birmingham YMCA, as it marked the first time its membership was available to both men and women.