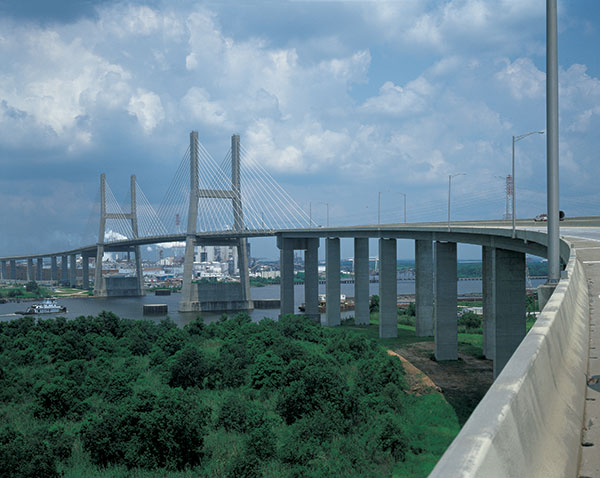 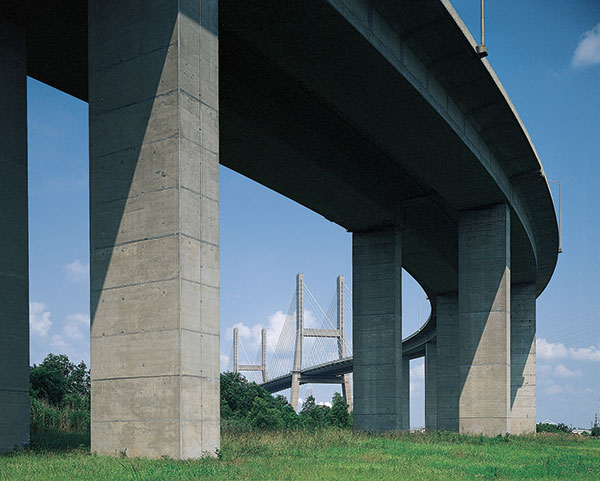 Alabama’s only cable-stayed bridge is the Cochrane–Africatown USA Bridge carrying US 90/US 98 Truck across the Mobile River from the mainland to Blakeley Island in Mobile. Opened in 1991, the bridge was named after the 60-year-old vertical-lift Cochrane Bridge it replaced and nearby historic community of Africatown. The bridge design by Volkert and Associates, Inc. earned the firm two awards in 1992 – the Outstanding Engineering Achievement in the U.S.A. Award from the National Society of Professional Engineers and the Award of Excellence in Highway Design from the Federal Highway Administration.