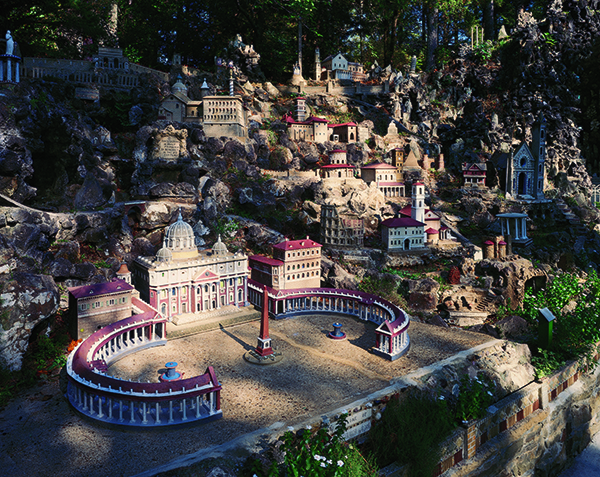 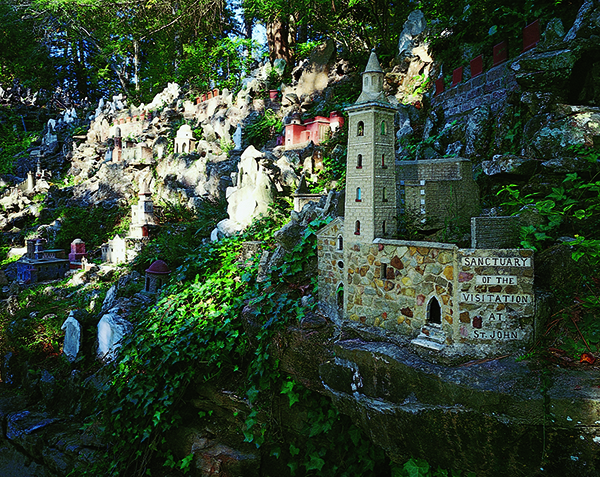 Prayer and spiritual devotion come in many forms. For Brother Joseph Zoettl, a Benedictine monk at St. Bernard Abbey in Cullman, it came in the form of devoting a half-century (1932-1961) to creating the Ave Maria Grotto – a collection of more than 125 miniature reproductions of notable churches, shrines and other religious structures. Brother Joseph constructed the miniatures with discarded items such as tiles, pipes, marbles, costume jewelry and even toilet bowl floats and cold cream jars. On the National Register and a state landmark, the grotto is built on an old quarry within a landscaped four-acre park.