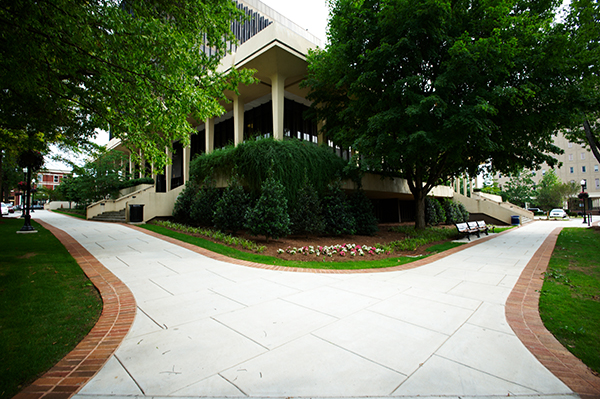 Courthouse Square has long been a significant part of Huntsville’s commercial core with a two-story brick courthouse completed in 1818, the year before Alabama’s statehood. Its Greek-Revival proportions were introduced by Virginia architect George Steele who planned the courthouse and drew up the specifications. Today, its modern counterpart is on the same site and courthouse square remains the center of municipal affairs. Steele also designed the second courthouse, demolished before 1914, along with the First Alabama Bank Building, which he completed in 1840 and is still in use.